Ringo and Charlie - an appreciation

A recent post in the social media reminded me of this article from long ago…
Let’s talk drums. The revolutionary new floating action parallel snare strainer and internal damper will impress even the most (continued on page 386....)
Let’s talk drums. Consider first that nearly all of the great rock’n’roll groups switched drummers on the eve of their success. The Beatles, The Rolling Stones, The Who and The Clash all traded up (or down, depending on your point of view), thus depriving Pete Best, Tony Chapman, Doug Sandom and Terry Chimes of the joy of not having to touch their drum kits until show time. There are a few successful drummers, such as Fairport Convention’s Dave Mattacks, who perversely insist on unpacking and setting up their own hardware, but such cases are rare and psychologists are baffled. 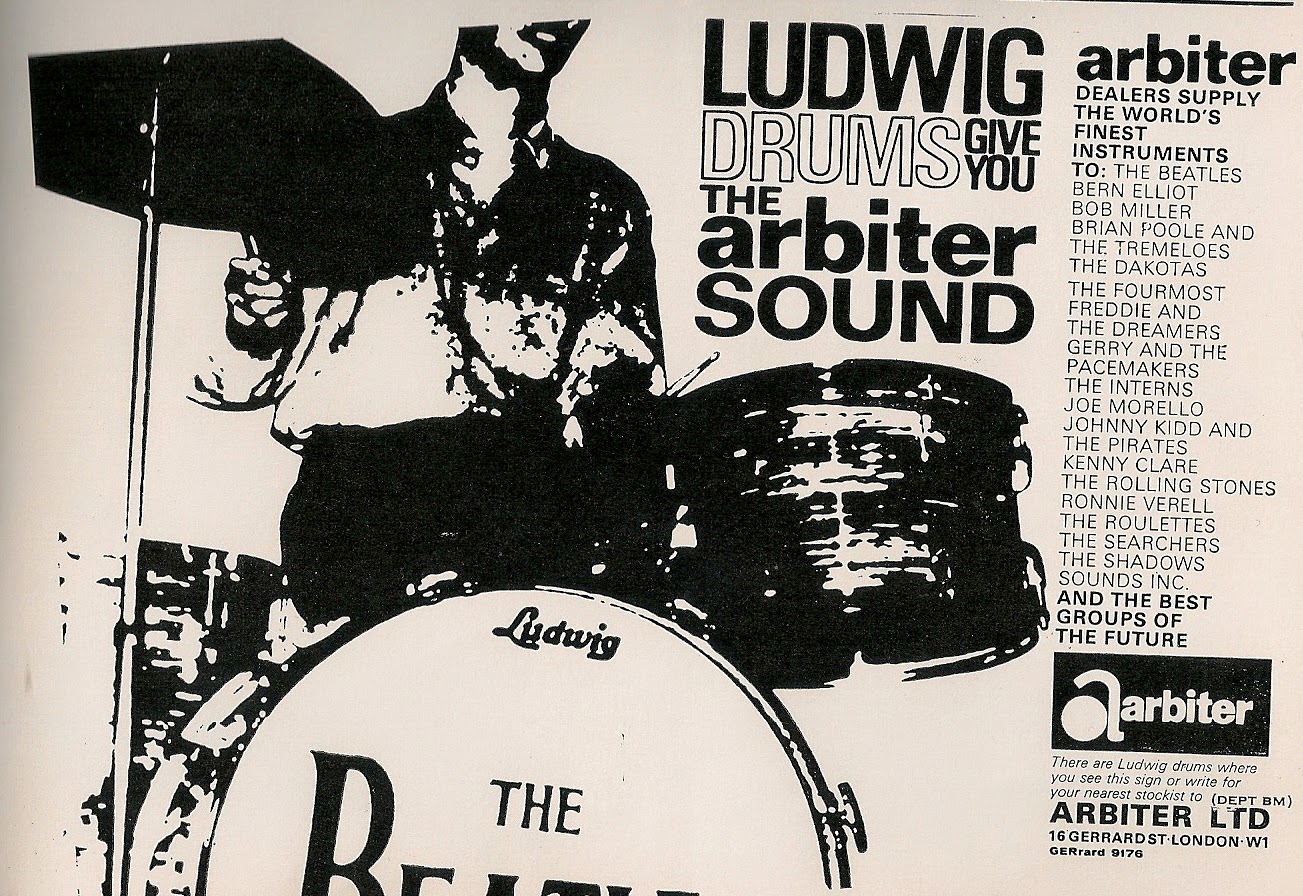 Drummers come in for a lot of stick. How many times have you read about ‘the world’s only intelligent drummer’, or heard the cruel jokes about drummers hanging around with musicians? In every biography, sleeve note or fan club newsletter the drummer’s name usually comes last in the group line-up, but it is often the drummer (technically adept or otherwise), who is the driving force, the leader, the motivator.
Dave Clark, Mick Fleetwood, Phil Collins and Don Henley have all contributed much more to the success of their respective groups than the sound of a swishing hi-hat. Without wishing to get too Chris Welchian about it, a strong drummer is crucial.
Then there are the super drummers whose nuances, names and noses have been the down payment on world domination; Ringo Starr and Charlie Watts are two such men. Ginger Baker is a third, but he doesn’t have a new record out right now.
During Beatlemania, everybody in the world (bar the odd High Court judge) had heard of Ringo. His very name was the sole excuse for dozens of Jak and Giles cartoons. He had four rings on each hand! He was the shortest Beatle! He was the most famous drummer in the world and therefore much better than Buddy Rich or Eric Delaney.
Ringo’s style was simple. With the minimum of fills, he would maintain a steady four-to-the-bar on his bass drum whilst simply bashing away at the top kit, hi-hat ajar, head swinging from side to side. Critics would lambaste the fourth Beatle but they overlooked the simple fact that he could swing like Battersea Funfair.
Not quite so famous, but just as influential, was the great Charlie Watts; he of the granite boat race and orthodox grip (note 1). He had played jazz! He had worked in an advertising agency! Consequently, his image was more Jermyn Street than Charing Cross Road and his technique was a bit more tricky than Ringo’s, but only just.

Where are they now? Well, Ringo Starr fronts a supergroup (the All Starrs) with his able son, Zak, on drums and former members of The Nazz, The James Gang, Love Sculpture, Poco, Grin and The Guess Who, on all other instruments. These musicians provide faultless backing for some of Ringo’s Beatles hits, plus they get their own cameo spots, the best of which are Todd Rundgren’s ‘Black Maria’ and Burton Cummings’s ‘American Woman’. The worst is undoubtedly Joe Walsh’s excruciatingly crap version of ‘Desperado’, a curious (and spurious) choice.
The All Starrs’ live LP was recorded on 13th June, 1992 at the Montreaux Jazz Festival, presumably in front of learned students of the orthodox grip, who were probably far too busy rolling up their jacket sleeves to have ever been aware of Ringo hits such as ‘I’m The Greatest’. Therefore the audience reaction is, appropriately for jazzers, muted.
A week later, your correspondent witnessed this grand scale rock’n’roll cabaret at Radio City Music Hall and the cheer-led-at-birth Americans went wild as Ringo bounced around the stage, alternating McCartneyesque and Churchillian hand signals between the hits.
Charlie Watts, at the time of writing, leads his jazz combo and lends his famous name to Warm And Tender, an album of good, old-fashioned songs, sung by Nat Cole-oid native New Yorker Bernard Fowler. Beautiful melodies such as ‘Bewitched, Bothered and Bewildered’ and ‘They Didn’t Believe Me’ (‘when I tell them and I'm certainly gonna tell them...’ - that one) litter this collection. Throughout, Charlie tickles his modest kit, delicately brushing his snare drum and extra loud ‘sizzle cymbal’ (note 2). 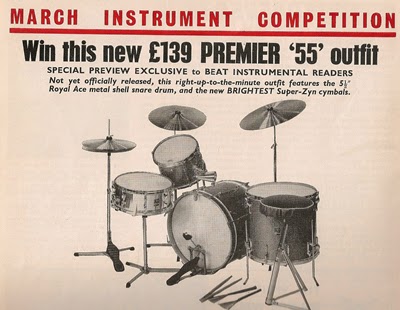 Nowadays, there are drummers who, on their group’s stage plan, specify the area required to set up in cubic metres! In a pub! There are no photographs of Ringo or Charlie sitting behind massive arrays of redundant tom-toms. As any observer of tub-thumpery knows, four drums and four cymbals is quite enough kit to make a racket, and neither Ringo nor Charlie ever over-equipped. (OK, Ringo added a third tom-tom in 1968, but did he actually hit it?)
More importantly, there is not one Beatles or Rolling Stones recording that contains a complex or technically challenging drum fill. The records that Ringo and Charlie once had the privilege of playing on contained songs so great that any clever-dickery was superfluous. They made it all sound so easy and, as a result, thousands of young hopefuls fooled themselves into imagining that they could drum with equal effect. Most of us were wrong.
‘Will Birch is a drummer who has been hanging around with musicians for 29 50 years.’
1.      Orthodox grip versus matched grip - the great debate in The Ludwig Drummer circa 1964. Two different ways of holding the left stick (or right stick, if left-handed). The former, more of a ‘knitting needle’ approach, is the conventional style of marching bands, jazz drummers and Brian Bennett, whereas the latter, a more moronic method, was adopted by Ringo and therefore, most rock drummers. Charlie still adopts orthodox grip.
2.     A sizzle cymbal is concentrically drilled and then plugged with loose rivets that ‘sizzle’ when struck. Essential.
Originally published in Mojo 1993