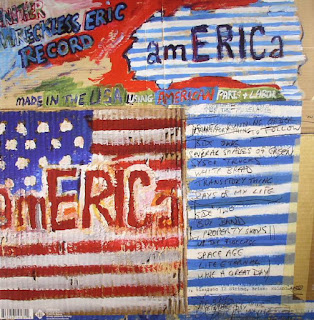 Let us explore their respective skills and resources… Jeff, a ‘Brummie’, is these days resident in sunny Los Angeles and has at his disposal a fully equipped 48-track recording studio where he overdubs at leisure his latest creations, as can be found on Alone In The Universe. Young Eric, on the other hand, possesses some amateur and possibly incompatible home recording equipment, and just enough knowledge to operate it.

What links these two disparate talents? Well, it’s that strange electronic ‘voice of God’ vocal effect – probably created on a synthesiser - a heavenly male voice choir sound that was done to death by ELO (check ‘Mr Blue Sky’). Strangely, it crops up a couple of times on Eric’s new album AmERICa, and is therefore possibly a bargain bin effect in 2015. 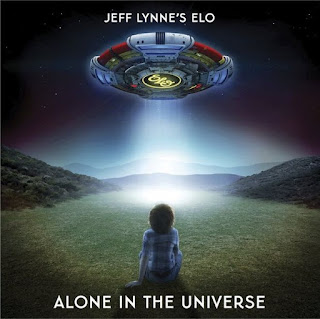 Jeff writes and sings about his childhood, as in ‘When I Was A Boy’, with its killer line, ‘don’t wanna work on the milk or the bread…’ But this is about as poetic as Jeff Lynn gets, whilst Wreckless Eric oozes poetry in every song, and counters with the great ‘Boy Band’. Eric also has other interesting titles, such as ‘Property Shows’ and the hilarious ‘Up The Fuselage’ (which discusses the likelihood, or not, of enjoying first class air travel). How Jeff could do with such wit on his otherwise superb productions.

One could go on, looking for clues, similarities in style, and injustices, but truth is these veteran rockers have much in common, even if they are millions of dollars apart. Would it not be fun to put them both in the same room and ask them to collaborate? Eric could furnish Jeff with some truly great lyrics, while Jeff could give Eric the production gloss that is studiously and perversely avoided on AmERICa. If I were a 1980s ‘A&R man’ with a huge budget at my disposal, I would insist on it. Magic could be made.