Graham Parker is one of the greatest British songwriters of the last 40 years. The evidence:

I’m very fortunate to have occasionally found myself close-ish to the GP action, often like some mad fan, but hopefully minus the anorak and clipboard. Here, for the lost souls that may care about such things, is my list of some Graham Parker shoulder rubs… 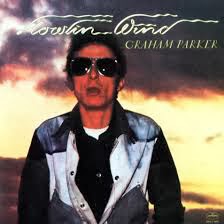 The Marquee June 1976. My evening starts at The Ship in Wardour Street, where I espy a dark-circle-eyed Mick Jones of emerging punk rock group ‘Clash’ (surely not present to attend ‘pub rock’ event GP/Rumour nearby?) Yes, Mick is there. After the show I bump into Nick Lowe at the bar and remark how much I love Brinsley’s guitar solo on Back Door Love, a track Nick has produced for the Heat Treatment LP.

1978 – My group The Records are backing Rachel Sweet on the Be Stiff tour – it traverses the UK by rail - and GP turns up in, I think, Plymouth, to join us on stage for B-A-B-Y. Graham is on the train with us to London the following morning, presumably to continue recording Squeezing Out Sparks (in my imagination). 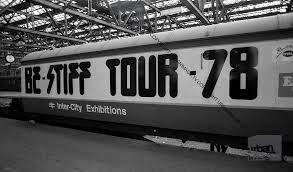 9 August 1980 – Graham marries Jolie - I’m not actually there, due to overseas touring commitments and the fact I haven't been invited, but I know it happens because here is some evidence: 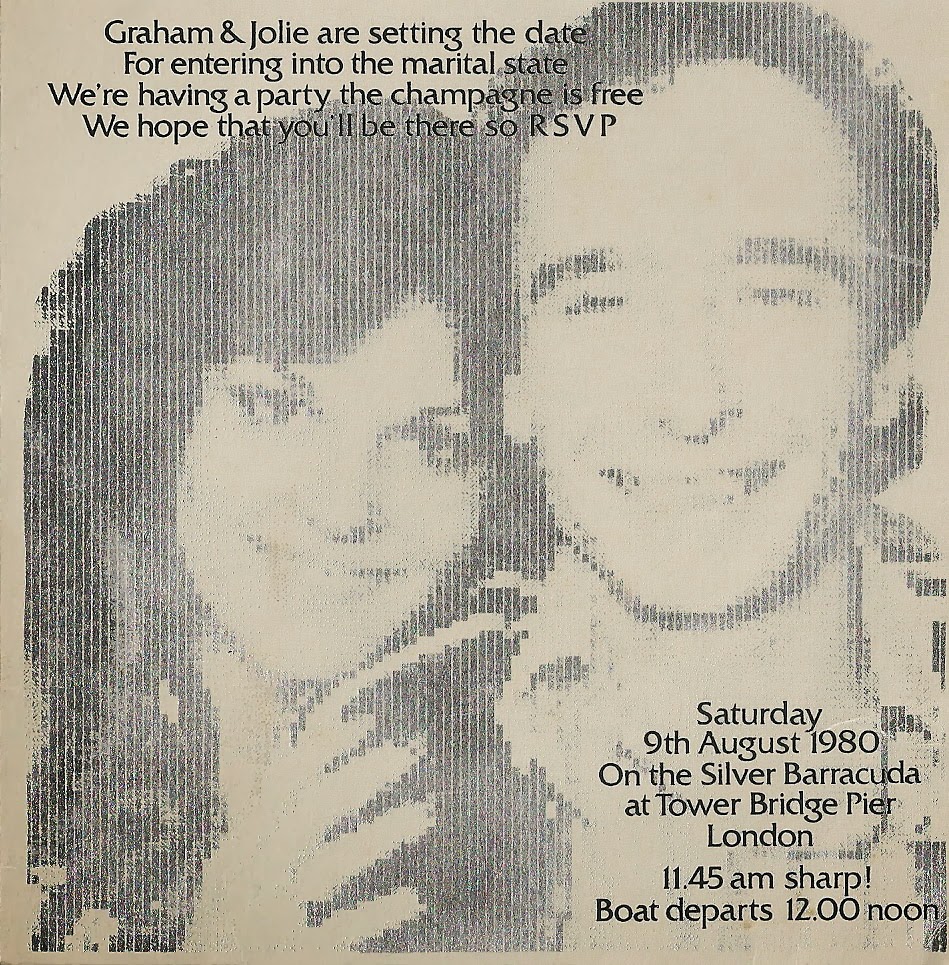 Summer 1983 – I find myself writing songs with Brinsleys/ Rumour keyboard wizard Bob Andrews. He needs lyrics and boy do I have them! We demo a number of songs, quite good, including Wedding Dress and Child Psychology, both as yet un-exposed to public scrutiny. Bob later plays keyboards on a record I am co-producing in NYC, and proves the ideal companion on the then mean streets of SoHo. We jog most mornings.

The Marquee July 1986 – Graham plays this London venue roughly 10 years after I first saw him there, promoting his latest LP - Steady Nerves. Brinsley on guitar, or was that at Hammersmith Odeon a few years earlier? 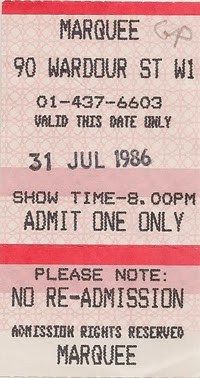 1995 – 3 July – Graham is in town and I am writing a piece for Mojo about ‘pub rock’. I meet Graham at his PR’s office in Camden and he admires my newfangled DAT-recorder – ‘hi-tech!’ He tells me his life story. It takes weeks to transcribe, and some of it appears in No Sleep Till Canvey Island.

2007 or thereabouts and Nick Lowe tells me that ‘an American chap is making a film about Graham Parker’; we're slightly sceptical, but when it emerges that it is Michael Gramaglia, creator of the noteworthy Ramones film End Of The Century, it makes sense, and of course everyone loves Graham. A film about Graham Parker?! Bring it forward.

Around 2010 – I am flattered to be asked to participate in Gramaglia’s project and dutifully film my contribution (twice) – clichés from me of course, but I do end up in the cut (alongside, among others, Bruce Springsteen). Hotcha!

October 2010 - a bunch of musicians, namely Bob Andrews, Martin Belmont, and Steve Goulding announce that they are playing NYC’s Lakeside Lounge as (nudge) ‘The Kippington Lodge Social Club’. I sense a rare sighting of GP with some of his former band mates and immediately re-inspect my Virgin Atlantic air miles. This unusual show – at which GP does make an appearance - happens to coincide with Nick Lowe’s three night stand at the City Winery, and – who would have guessed – a screening of Michael Gramaglia’s Don’t Ask Me Questions at a 57th Street preview theatre! Colour me there.

2011 - Parker and the Rumour reconvene after 30+ years to record a new album, Three Chords Good. Then, amazingly, Graham lands a part in Judd Apatow’s new movie, This Is 40, to include live performances with The Rumour. I call Mojo – ‘can I contribute a piece on Parker?’ Yes, it would seem, I can.

2012 – Graham Parker and The Rumour announce live dates – but the tour is confined to the USA. The bastards! There is only a handful of defunct bands whose re-formation I would fly six-thousand miles to see… Graham Parker and The Rumour head the list. LA calls, and I catch an exhilarating show at The Roxy in Hollywood (and share a table with Pete and Judy Thomas), plus gain entry to the premiere of This Is 40 and after show party. Thanks Judd!

2013 – Against all odds, GP/Rumour play London and it’s a sold out show at the Empire Shepherd’s Bush. It rocks. And not long after I am chatting with GP and Martin Belmont about the upcoming live bootleg box set, for which I will be writing some liner notes. It’s a charmed life for someone, to be sure. 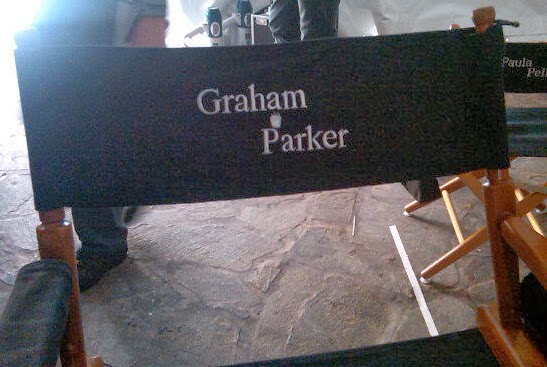 2015 update - seeing this post linked on Graham Parker - Sharpening Axes (Facebook group) today reminded me that once again I failed to avoid GP/Rumour on a recent US vacation. Last night of a trip that took in Chicago, Memphis, and Nashville, I'm in NYC and by complete coincidence they are playing the High Line Ballroom in support of the Mystery Glue album. I shared a booth with some old friends, and very much enjoyed the show. Where next?

Email ThisBlogThis!Share to TwitterShare to FacebookShare to Pinterest
Labels: Graham Parker and The Rumour, Squeezing Out Sparks, This Is 40