Marshall Crenshaw: Still rising after all these years 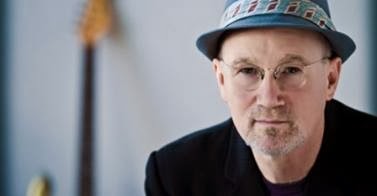 A recent post in the social media reminded me of this article from long ago...


Here is a guy who's been picked to click so many times it's ceased to be funny. He's even been described, in this very organ [Mojo], as a future 'pop god'. For the uninitiated, and regrettably there must be millions of 'em, Marshall Crenshaw specialises in luxurious guitar pop with cunning melodies and sublime vocals, and he has stayed true to his ideal throughout the making of eight albums in twice as many years.

Crenshaw first got noticed playing the John role in Beatlemania on Broadway. Apparently, he clashed with 'Paul', but was saved from the How Do You Sleep syndrome when Warner Brothers signed him in 1981. His self-titled debut, which featured the wondrous Cynical Girl, was mainly a roots rocking affair. "I heard rock'n'roll around the house when I was a child," he recalls. "I would imagine it was my job to write the follow up to C'mon Everybody for Eddie Cochran and I hit on a formula with certain grooves. Like Some Day Some Way was similar to Party Doll by Buddy Knox."

For his follow-up, Field Day, Crenshaw chose British producer Steve Lillywhite.  "The record company was taken aback, but I wanted that big sound. I bought it and I paid for it." From then on, it was a different producer for every record; T-Bone Burnett for Downtown, which contained the magnificent Blues Is King and Ben Vaughn's immortal I'm Sorry (But So Is Brenda Lee); Don Dixon for Mary Jean & 9 Others, with its stand-out cut Calling Out For Love (At Crying Time). After 1989's disappointing Good Evening, it was a case of 'That’s All Folks' from the brothers Warner.

Looking back on his '80s records, Crenshaw has some misgivings. "It seems like the even-numbered albums are pleasant to recall, but the odd-numbered ones were excruciating. Let's see… first one - hard, second one - fun, third one - impossible, fourth one - fun, fifth one - ugh!" He's clearly uncomfortable with the way some of those records were made: "They were recorded in that piecemeal '80s way. I don't understand why that method evolved. Whose bright idea was it to remove the elements of immediacy and spontaneity from rock'n'roll? Who thought of that?" he demands. But this is the artist talking. The end results were nearly always impressive and the Crenshaw catalogue from this period is crying out for a CD retrospective.

In 1991 Crenshaw signed with Paradox Records and released Life's Too Short, another spectacular flop. Fortunately, a number of extracurricular activities kept the wolf from Marshall's porch, including film appearances (La Bamba, Peggy Sue Got Married) and the authorship of Hollywood Rock, a book celebrating rock'n'roll in the movies. Also, his songs get covered. "I suppose my biggest song is You're My Favourite Waste Of Time.  Bette Midler did it first, then Owen Paul hit big with it. It’s the gift that keeps on giving."

Crenshaw also co-wrote the Gin Blossoms hit Til I Hear It From You, for which he received a BMI award. More recently, Crenshaw has signed with Razor & Tie (Grapevine in the UK) and released Miracle of Science. "This is my third and last record company," he maintains. "I made the record at my home studio and in Nashville, in the most relaxed circumstances possible, either working alone or with long time friends that I trust."

At a recent Borderline show in London, Crenshaw performed an unplugged set for the faithful, but aside from a 50 city US jaunt to promote Miracle Of Science, he rarely tours. "I'm not a road dog. It used to be my bread and butter in the '80s, but it's not me anymore."

Today Crenshaw seems resigned to his fate: "My window of opportunity to be a star was in the early '80s when my first couple of records came out. I had a little shot for a minute, but I'm not going to be a pop star now, and I don't expect to be.  My stuff's out there if you want it."