It was 20 years ago today: Lee Brilleaux's last show 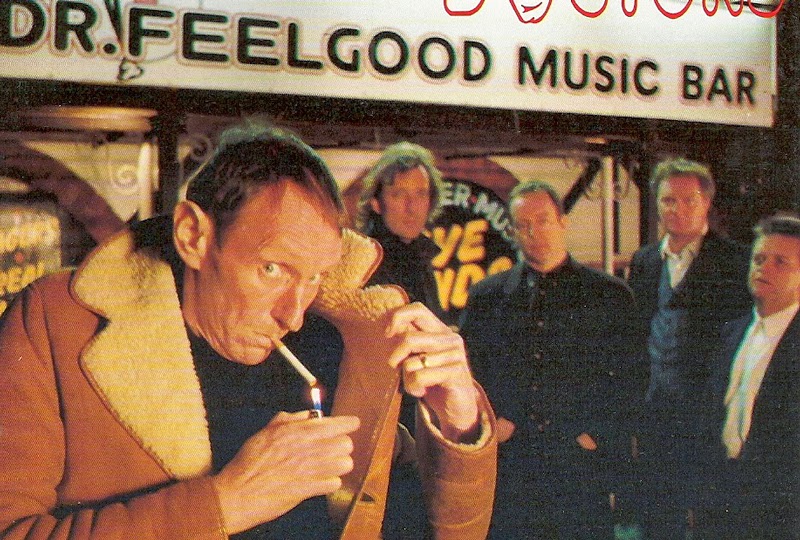 Out beyond the Essex flatlands, down on the Thames Delta, in the shadow of the refinery, past the wooden shacks and executive housing estates, deep in the hollow, lies the Dr Feelgood Music Bar, six months in business and living with the threat of the developer's bulldozer. Over the deep-puddled car park, through the neon-lit door, past security and the Feelgood merchandise unit, beyond the crowded music room and smoke filled main bar, out in the back, over a pint, sits Lee Brilleaux. He is thirty minutes away from his first public appearance in twelve months. After twenty years of relentless touring, during which the insides of almost every live music venue in Europe and its nearby hotels, bars and restaurants have been explored, savoured and annotated, Brilleaux was forced, in February 1993, to cease operations. Ill health had dictated that it was time to lay off the band, garage the van and take down the backdrop.

Tonight, after an uncertain year, the music room is packed with the faithful. Many have travelled hundreds of miles and crossed borders to see the return of Brilleaux. He is wearing an immaculate Soho suit and is seated, centre stage, on a barstool, lending the proceedings a touch of the Unpluggeds. His musicians, Steve Walwyn (guitar), Dave Bronze (bass), Kevin Morris (drums) and Ian Gibbons (piano), temper the volume and lay down the groove for a sixty minute set of rockhouse rhythms and deep blues. Having been restricted to singing in the shower for a year, Brilleaux quickly finds his voice. 'LA Lady lives in a home.' he rasps, 'made entirely of styrofoam'. On the low stage, he rises from his barstool to take a harmonica solo.  Most of the audience in the packed room get their first glimpse of the man in over a year. An enormous cheer goes up.  Lee looks surprised, but soon realises it is probably not his harmonica skills they are applauding. They are simply overjoyed to see the guvnor, back in his natural habitat, alive and kicking.