The 99th Floor of my Block

I recently revisited the Rolling Stones CD singles mini box sets that I purchased in a trio of panic attacks about 10 years ago. These dinky collections paired each ‘ABKCO’ single with its b-side, and it’s murder to have to keep jumping up and changing each disc, but they put it all into context. The monster graphics – big upper/lower case titles laid upon intense photo studies from David Bailey, or Gered Mankowitz, forecast the big sounds recorded in aircraft hangar studios in Chicago or Los Angeles that gave rise to the bold manifestos of 1965 and 1966, the years when the world forever changed, as young people built their confidence upon soundtracks furnished by the Stones, and Bob Dylan, and The Who. 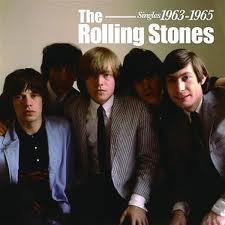 There are three such sets of CD singles. The first – ‘1963-1965’ – opens with the Stones’ superior take on Come On, relegating Chuck Berry’s original to demo status. From there the urgent, scratchy I Wanna Be Your Man (one of the very first ever covers for Lennon/ McCartney); the early EPs that allowed the Stones to pay homage to their R&B roots; and their breakthrough songwriting moment, The Last Time, a song that doesn’t really stand up to live performance, but nevertheless put the Stones on the international stage and established Jagger’s provocative hand-clapping and scissor-kicking self. 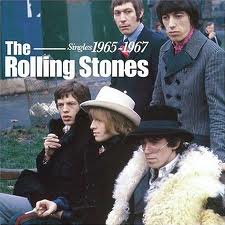 The second set – ‘1965-1967’ – kicks off with (I Can’t Get No) Satisfaction, the Stones’ most famous song. Even the BBC’s John Humphrys has heard of it. Whereas the UK single paired it with The Spider And The Fly – a snarky remake of the knowing I’m A King Bee – the import 45 that dominated the jukebox in the particular coffee bar I frequented in the summer of 65 paired it with The Under Assistant West Coast Promotions Man, a 12-bar shuffle that saw Jagger ‘waiting at a bus stop in downtown LA’, when he would much rather be ‘on a boardwalk (er?) on Broadway’. See… eer.  sucker… suit, indeed. This box also contains the Stones’ ultimate dark trilogy – Paint It (,!!) Black, Nineteenth Nervous Breakdown, and Have You Seen Your Mother, Baby, Standing In The Shadow? 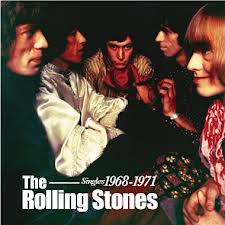 The third and final box – ‘1968-1971’ – sees the Stones mutate into ‘the greatest rock and roll band in the world’, with tracks that weren’t so much ‘singles’ as milestones in British history - Jumping Jack Flash, Street Fighting Man, Honky Tonk Women, Brown Sugar, Wild Horses, Sympathy For The Devil - each easily as great as any Turner that hangs in the Tate.


So, these expensive little box sets were an indulgence by both record company and consumer, but it is a joy to finger through the individual mini-jackets and get up from one’s chair to reload the CD player every six or seven minutes or so. I would not be without them.

Having a Rave Up with The Strypes 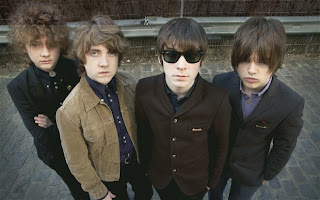 
I know I’m a bit late for this bus, but I finally caught it last night when The Strypes played Canvey Island’s Oysterfleet Hotel. They were joined on stage for two numbers by their ‘musical heroes’ Wilko Johnson and John B Sparkes, both late of local template makers, Dr Feelgood. Or is that The Yardbirds… or The Kinks… or even the Downliners Sect?

Their show was peppered with many of those 1960s beat group staples, including Slim Harpo’s Got Love If You Want It (dipping into The High Numbers’ I’m The Face), Jessie Hill’s Ooh Poo Pah Doo, and of course, Route 66. For a more contemporary edge they cover Nick Lowe’s Heart Of The City. They've also got some home-baked songs, notably Blue Collar Jane and What A Shame, and boast an astonishingly tight rhythm section; a child prodigy on electric guitar, and a singer in whom the ferocity of Brilleaux meets the onstage bashfulness of Joey Ramone. And most importantly, in my mind, they've got the look.

With a combined age a little lower than that of the youngest member of the Rolling Stones, and a musical power that channels the Jeff Beck Group on steroids, the precocious Strypes are surely the most exciting new musical prospect in years for lovers of old school rhythm and blues. Handled with care, as they seem to be judging by their mentally muscular entourage, they could become a national phenomenon. And, if this is what they can do at – close your eyes and you won’t believe it – 15, they may one day take the world, or that little part of it that is still populated by rock and roll nuts.


The Strypes with Wilko and Sparko, Canvey Island 8 August 2013
http://thestrypes.com/